After numerous conflicting reports surfacing around his health, DMX, whose real name is Earl Simmons, died on Friday at the age of 50.

“We are deeply saddened to announce today that our loved one, DMX, birth name of Earl Simmons, passed away at 50-years-old at White Plains Hospital with his family by his side after being placed on life support for the past few days,” reads a statement released by his family. “Earl was a warrior who fought till the very end. He loved his family with all of his heart and we cherish the times we spent with him. Earl’s music inspired countless fans across the world and his iconic legacy will live on forever. We appreciate all of the love and support during this incredibly difficult time. Please respect our privacy as we grieve the loss of our brother, father, uncle and the man the world knew as DMX. We will share information about his memorial service once details are finalized.”

The rapper who hailed from Yonkers is famously known for his introspective and evangelical like lyrics summarizing his heartbreak and brokenness, yet also naming his victories and triumphs.

On Friday April 2, DMX was rushed to White Plains Hospital in New York after suffering a heart attack. Over the last week he remained on life support, where doctor’s assessed his health via a series of brain scans and tests. 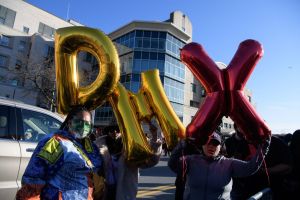 DMX’s supporters held several vigils outside his hospital, hoping that by celebrating his contribution to the culture, their prayers and good vibrations would warrant a miracle.

One of the most horrific portions of the events leading up to his death were the premature and false reports, leading up to his actual passing. Numerous sources reported that the rapper suffered a heart attack after a suspected drug overdose, another report stated he had tested positive for COV-19.

But the most alarming event was when certain persons chose to announce his death prior to his family’s statement.

Fans instead remembered X during his more joyful moments on social media.

DMX was born on Dec. 18, 1970, in Mt. Vernon, New York to his parents Arnett Simmons and Joe Baker. The family later moved to Yonkers, where DMX spent the majority of his upbringing, paying homage to his community through his music.

However, his childhood was marked with abuse and trauma and he quickly found himself within the grasps of the criminal justice system at a young age. DMX has been vocal about his demons, which led him at times to seek refuge through the usage of drugs. 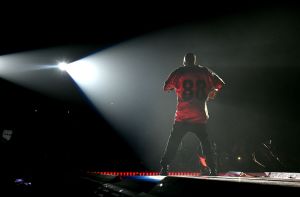 His big break came after he was signed to Columbia Records in 1992, riding off of the buzz of a critically acclaimed mixtape. His first album, “It’s Dark and Hell Is Hot,” was released in 1998 and included several chart toppers including the lead single, “Get At Me Dog,” “Ruff Ryders’ Anthem,” and “How’s It Goin’ Down.”

DMX was a respected lyricist who collaborated with many of his industry peers including Swizz Beatz, Jay-Z, and Busta Rhymes. His musical appearances and collaborations range from pop to rock and R&B.

However, music would not be his only foray into the entertainment industry. The rapper starred in several movies and cult classics like “Belly,” “Romeo Must Die,” “Cradle 2 The Grave,” and “Top Five.”

DMX is survived by his mother, his fiancé Desiree Lindstrom and his 15 children.

I Hope You Already Got That Pair of Kobe’s That You Wanted Because If Not, You’re About to Pay Stupid Prices For Them