An original member of Kool & the Gang, Thomas was known as the quintessential cool cat in the group, loved for his hip clothes and hats, and his laid-back demeanor.

Dennis “Dee Tee” Smith, a co-founder of the legendary group Kool & The Gang, died on Saturday, a representative from his record label confirmed. He was 70 years old. There was no cause of death immediately reported.

On August 7, 2021, Dennis Thomas (known as “Dee Tee”), beloved husband, father and a co-founder of Kool & the Gang, passed away peacefully in his sleep at the age of 70 in New Jersey.

Dennis was born on February 9, 1951, in Orlando, Florida.  He was married to Phynjuar Saunders Thomas and was a long-time resident of Montclair, NJ.

An original member of Kool & the Gang, Dennis was known as the quintessential cool cat in the group, loved for his hip clothes and hats, and his laid-back demeanor. A huge personality while also an extremely private person, Dennis was the alto saxophone player, flutist, percussionist as well as master of ceremonies at the band’s shows.  Dennis’ prologue featured on the group’s 1971 hit, “Who’s Gonna Take the Weight” is legendary and an example of his showmanship.  Dee Tee was the group’s wardrobe stylist who made sure they always looked fresh. In the band’s early days, Dennis also served as the “budget hawk”, carrying the group’s earnings in a paper bag in the bell of his horn.

Dubbed “the opening of America” by CNN, Kool & the Gang kicked off the 2021 season of the Hollywood Bowl in Los Angeles on the 4th of July.  Sadly, this was Dennis’ farewell appearance with the band. 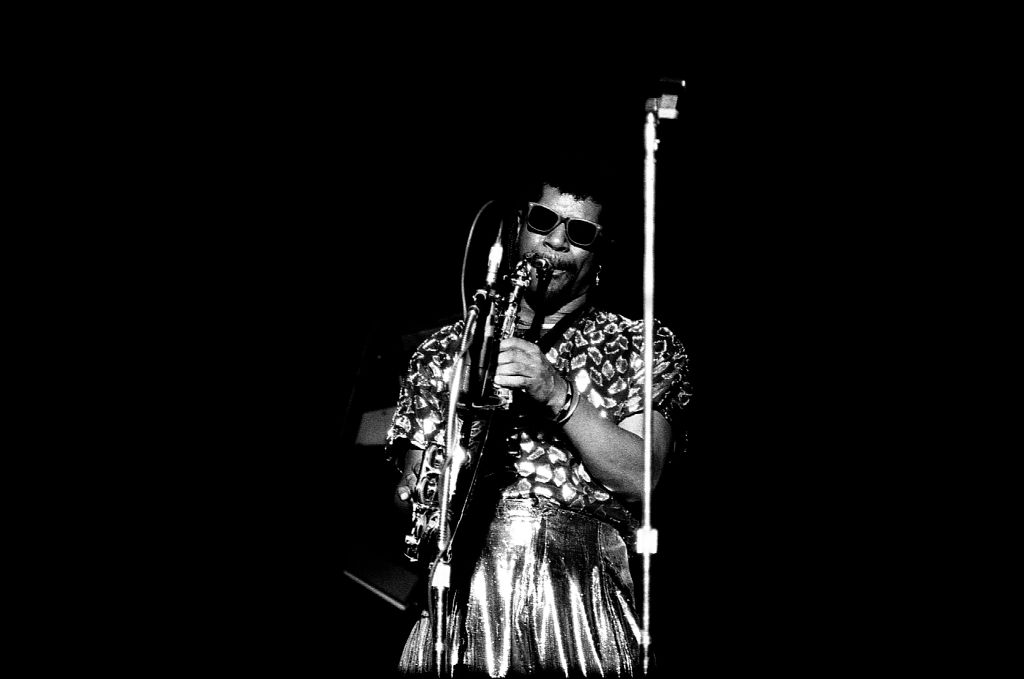 Thomas is shown performing with Kool & The Gang in Chicago in 1988. | Source: Raymond Boyd / Getty

To date, the band has earned two GRAMMY® Awards, seven American Music Awards, 25 Top Ten R&B hits, nine Top Ten Pop hits and 31 gold and platinum albums. In addition, their bulletproof funk and jazzy arrangements made them the most sampled band of all time. Kool & the Gang’s music was also featured on the soundtracks of countless films including the classics Rocky, Saturday Night Fever and Pulp Fiction. From Nairobi to New York, Kool & the Gang continues to perform, longer than any R&B group in history.

In 2014, the band was honored with a Soul Train Lifetime Achievement Award; and in October 2015 they were honored to take their place as American musical icons with a star on The Hollywood Walk of Fame. They are also included in installations at both the National Museum of African American History and Culture in Washington, D.C., and the Grammy Museum in Newark, NJ. On March 24, 2021, Kool & the Gang’s timeless hit “Celebration” was inducted into the Library of Congress National Recording Registry, Class of 2020.

Recently, Dennis was featured on “Kool TV,” a series of animated shorts about the band members’ childhoods and careers.

He is predeceased by his mother Elizabeth Lee Thomas, his sister Darlene Thomas and his daughters, Michelle Thomas and Tracy Jackson. Michelle Thomas was an actress on The Cosby Show, Family Matters and The Young and the Restless and passed away in 1998.