Dictatorship Masked As Democracy: A Timeline Of The 1915 U.S Invasion And Occupation Of Haiti

he United States’ relationship with Haiti is far from democratic. To understand it, you have to take a look at the history.

In the late 1800s Haiti, like so many other lands inhabited by Black and brown people, was under constant threat from western world invasion. France, Germany, and the U.S. all wanted a footprint on the island, as it was a means to secure a military and economic stronghold in the West Indies.

The island of Haiti was rich with tradition before it was colonized by Spain. Around 2,600 BC Haiti saw some of its first settlers from South America arrive on small boats made from hand. Hundreds of years later around 250 BC, the Arawaks roamed Haiti’s shores. The American Indians created a complex culture filled with elaborate pottery, rigged villages, trade networks, and advanced agricultural techniques not known to the western world. A subgroup of Arawaks known as the Taino would inhabit not only the islands of Haiti, but also Jamaica, Puerto Rico, and the Bahamas. In 1492, the Taino people would be the first indigenous people to encounter Christopher Columbus when he arrived on their shores that December. Columbus and his men also brought Old World diseases that the indigenous had never encountered and therefore had no immunity to. The Spanish also slaughtered, sexually abused, and oppressed many of the Taino, making them slaves and eventually killing them off altogether.

Spain would go on to claim the entire island, naming it Hispaniola and constructing settlements on its eastern coast.

In 1697, the Spanish and French signed the Treaty of Ryswick, which gave France the western third of the island. This split the island into what is known today as Haiti and the Dominican Republic. The French would name their portion of the island Saint-Domingue. By the 18th century, sugar, coffee, cotton, indigo, and cocoa were the main exports coming from Saint-Domingue (Haiti). This began the rise of the slave trade as slaves were brought to the island to work the plantations.

In 1789, Saint-Domingue produced 60% of the world’s coffee and 40% of the sugar imported by France and Britain. It was one of the most profitable French colonies in the world at the time.

But the slave population outnumbered whites almost eight to one. This was a recipe for rebellion.

Slaves rebelled and in 1791 the Haitian Revolution would begin. Self-liberated slaves led by François-Dominique Toussaint Louverture fought the French and won their independence in 1804. The revolution was the only slave uprising that led to the founding of a state. It was also slave-free and ruled by people of color. The effects of the revolution were also felt in the United States. A successful slave revolution got the attention of many white slave owners in the Americas.

This leads us to the United States’ involvement in Haiti and how their actions have led to a lot of the modern-day issues we see with the island. Like most of the rest of the Western world, the U.S saw Haiti as means to gain an economic and military advantage over the rest of the world. They used Haiti’s political instability as justification to invade then occupy.

A Timeline Of The 1915 U.S Invasion And Occupation Of Haiti: 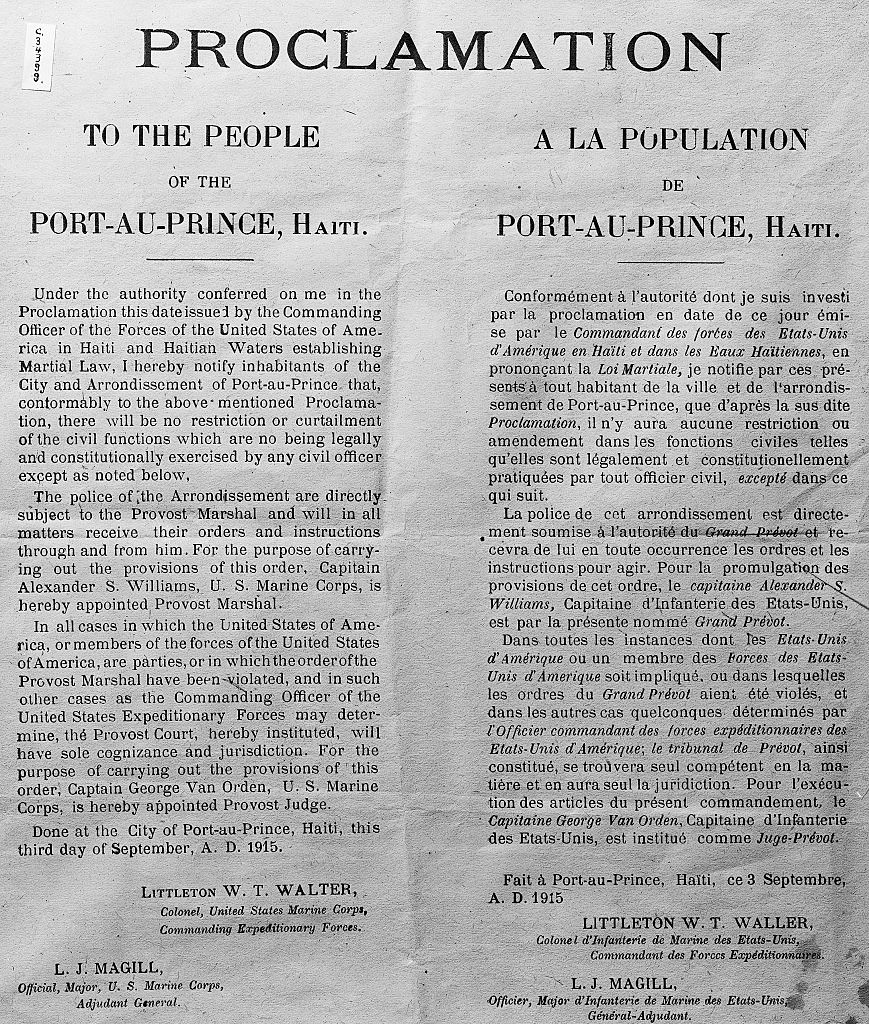 The occupation stifled Haiti’s economy and just about crippled the country. Over 15,000 Haitians were killed. Haiti’s loan debt to the U.S. was about twenty percent of the nation’s annual revenue. That debt made it extremely difficult for Haiti to develop its country. It also staggered the advancement of technologies that would help Haitians fight against natural disasters and epidemics. The U.S. also dismantled Haiti’s liberal arts education it adopted from the French and changed it to more vocational training. This left Haitian public schools in disarray. 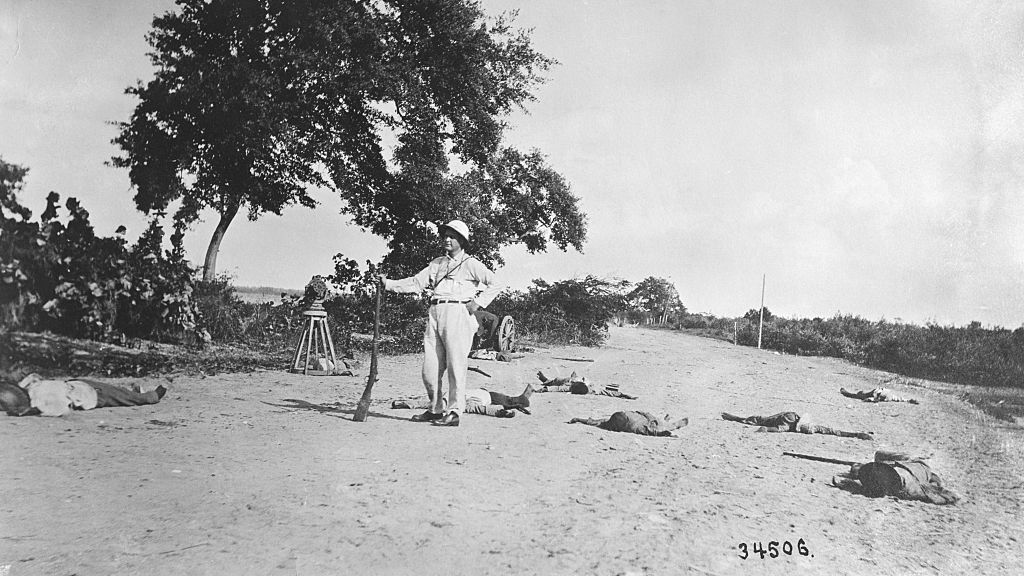 Haiti’s independence in 1804 was a successful fight against foreign powers. But then it fell into the hands of a different kind of dictator. The kind that makes you believe he’s there to aid you in your independence, but instead he’s there to rob you of it.

Racial capitalism and white supremacy led the U.S. to try to remake Haiti in its image instead of allowing people to that image from themselves, an idea Haiti still struggles with today.

Now Black Haitians identify more with the struggle of Black Americans than they do with their island brothers in the Dominican Republic.

PrevPreviousThe Funk Boutique: The New Yeezys Look Like Something Off of a Golden Crust Menu
NextNorfolk State edges Hampton in OT Battle of The BayNext

‘Dave Is Listening,’ Says Chappelle’s Rep—but Is He Really Ready for Dialogue?

Typically Tuesdays are just Mondays with better Yelp reviews, but on this particular Tuesday, the