A statement from Buckingham Palace expressing concern about Oprah Winfrey‘s bombshell interview with Meghan Markle and Prince Harry may have been light on words, but the optics behind the shameless subsequent public relations push by the Royal Family speaks volumes.

In what sure seems like an effort to combat allegations of racism, high-profile members of the Royal Family — and Markle’s in-laws — have scrambled to be seen in public with Black people in recent days. Doing so follows a familiar script for anybody accused of being anti-Black and is tantamount to the oft-repeated tone-deaf statement that “some of my best friends are Black.”

The latest evidence of that strong possibility came Thursday when Prince William, Harry’s brother, addressed the controversy in public for the first time. While visiting a London school — described on its website as an institution “for children from all backgrounds”– William resorted to a “racist bone“-esque tactic and denied the existence of any racism in his family.

“We are very much not a racist family,” Prince William said unconvincingly.

By happenstance — or, more realistically, because of carefully coordinated planning — William’s comment came as he just happened to be flanked by a Black woman who appeared to be a staffer of sorts, though her identity has not been revealed. 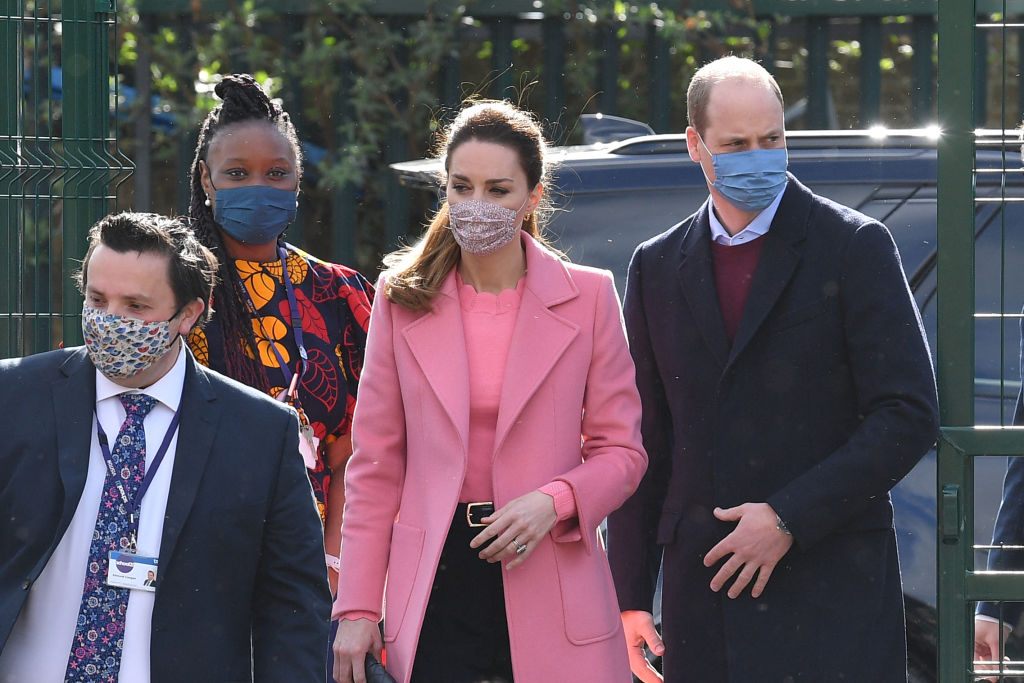 William was also photographed at the school watching the children play, including one perfectly-timed snapshot featuring a Black child. (Yes, white children were there too.) 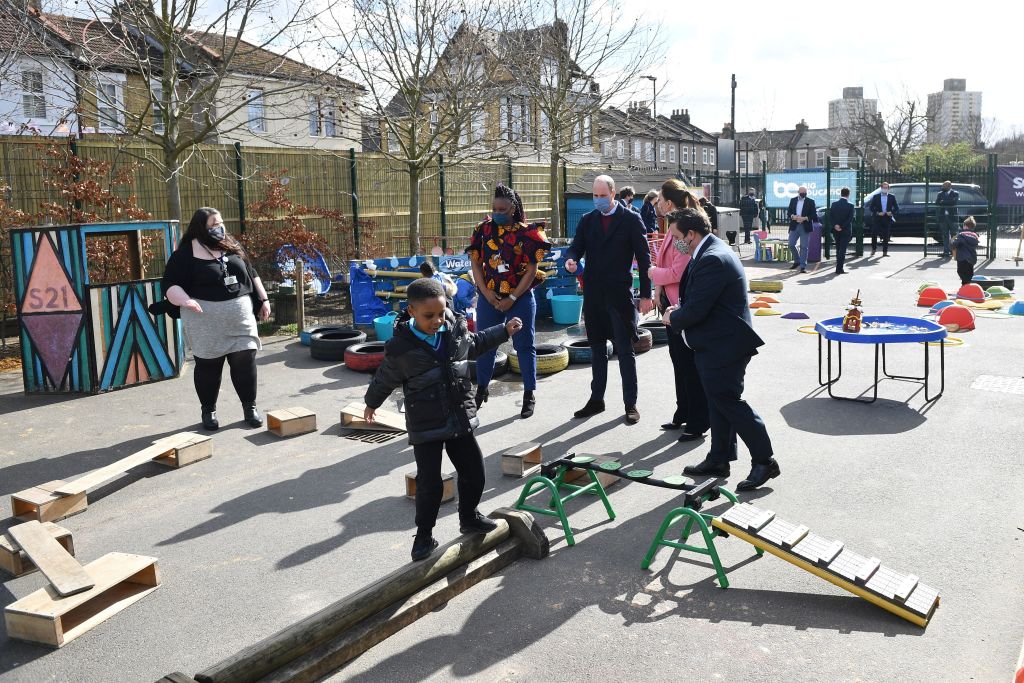 That appearance came days after William and Harry’s father, Prince Charles, made a very public visit to a Black church that doubled as a COVID-19 testing center. The visit came on Tuesday, two days after the interview aired in the U.S. and one day after it aired in the U.K. Charles had reportedly not visited that church since 2007. 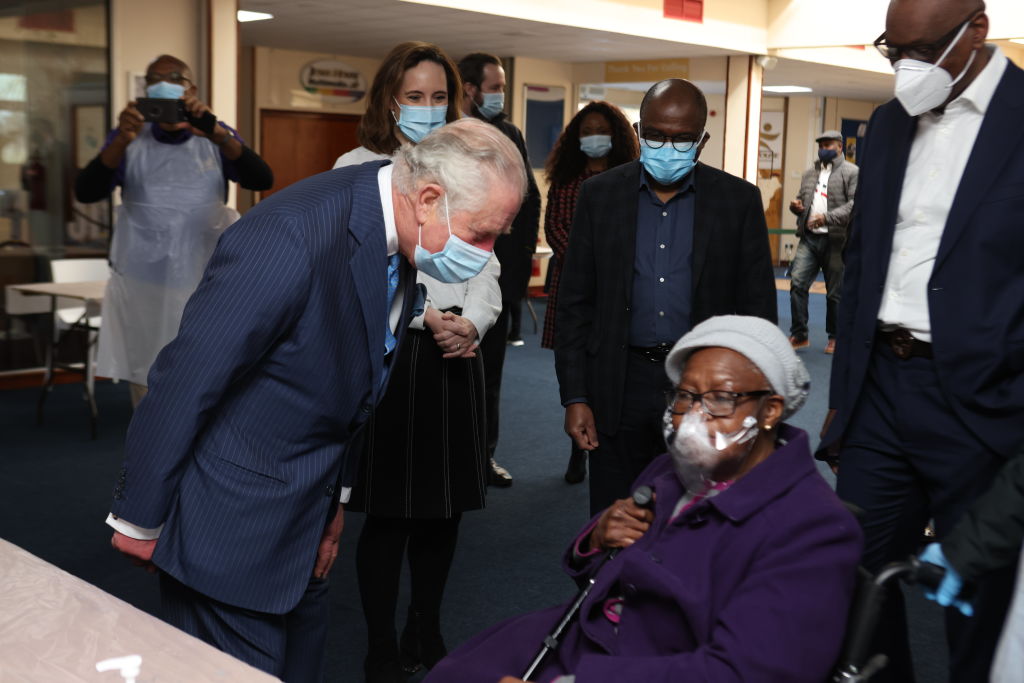 Later on that same day, Charles followed up that appearance with a photo op alongside another unidentified Black woman under the purported guise of reviewing a promotional video about the COVID-19 vaccine. 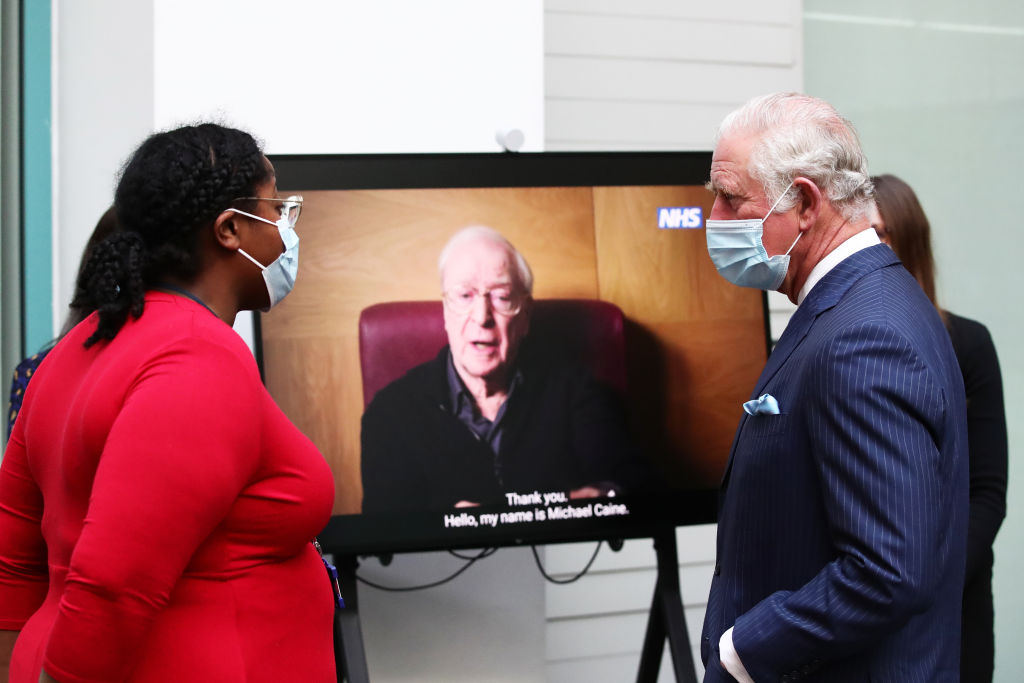 Are we to believe that all of the above is a coincidence?

A more realistic explanation is that the carefully coordinated appearances were meant to prove to the public that the Royal Family does indeed care about Black lives.

A quick review of the vast trove of recent photos taken by Getty Images failed to immediately turn up other random instances of Charles and/or William appearing at public events alongside Black people — aside from Meghan and Harry’s wedding.

While Royal racism is nothing new, to be sure, the recipe for using Black people as props is hardly unique to the U.K.

We all saw then-Republican Rep. Mark Meadows pulled out Lynne Patton — a Black woman and Eric Trump‘s former party planner who was appointed to a lofty HUD position — to prove Donald Trump could not possibly be racist.

That unfortunate moment came in 2019 during Michael Cohen‘s testimony before the House Committee on Oversight and Reform to detail his relationship of corruption, greed and racism with the former president.

That prompted Meadows to summon Patton to the House floor.

“Lynne Patton says she would not work for a man who is racist… She disagrees with you. She says as a daughter of a man born in Birmingham, Alabama, that there is no way that she would work for an individual who was a racist.” Meadows, suggesting Patton represents all Black people, asked, “How do you reconcile the two of those?”

One thing’s for sure, and two things are for certain: Ben Simmons has no intention