As protesters across the United States continue calling for an end to police brutality and racial injustice, organizations are coming to terms with their racist histories.

Throughout the South, monuments and flags celebrating the Confederacy are being taken down. Companies like Mars and Quaker Oats are planning to change or retire racist brand characters like Uncle Ben and Aunt Jemima. And popular music groups such as Lady Antebellum and The Dixie Chicks — now Lady A and The Chicks — have changed their names.
But in a country where enslaved Black people were so essential in its rise to global power, it’s impossible to stamp out every link to its painful history. Slavery has marked everything from the US Capitol to the alcohol Americans consume.
Here are seven institutions that many people may not know are linked to slavery:

A logo sign outside of a New York Life Insurance Company building.
One of the largest life insurance companies in the US has admitted that their predecessor company insured the lives of enslaved people for their owners.
In 2001 New York Life provided the New York Public Library its archival records containing insurance policies sold to slave owners.
“Our predecessor company, Nautilus Insurance Company, sold policies on the lives of enslaved persons between 1846-1848,” the company said on its website. “We have been open and transparent about this brief and regrettable period of our history, with the Nautilus sale of slave policies covered in news accounts and books dating back to 1895.” 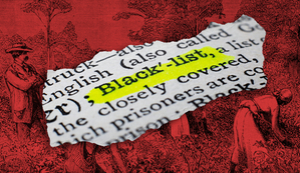 Everyday words and phrases that have racist connotations
Nautilus insured more than 500 people “either identified as enslaved persons or from the records are likely to have been enslaved” and paid the claims of 15 of those who died, according New York Life.
“We have made clear through our words and our actions for many years that our predecessor company’s involvement with slavery is a stain on our history that we can never forget. We are committed to fostering a greater understanding of slavery in America and supporting the Black community,” New York Life said on its website.
A company spokesperson told CNN that while New York Life cannot change its history, its longstanding recognition of that history has helped shape its commitment to the Black community. 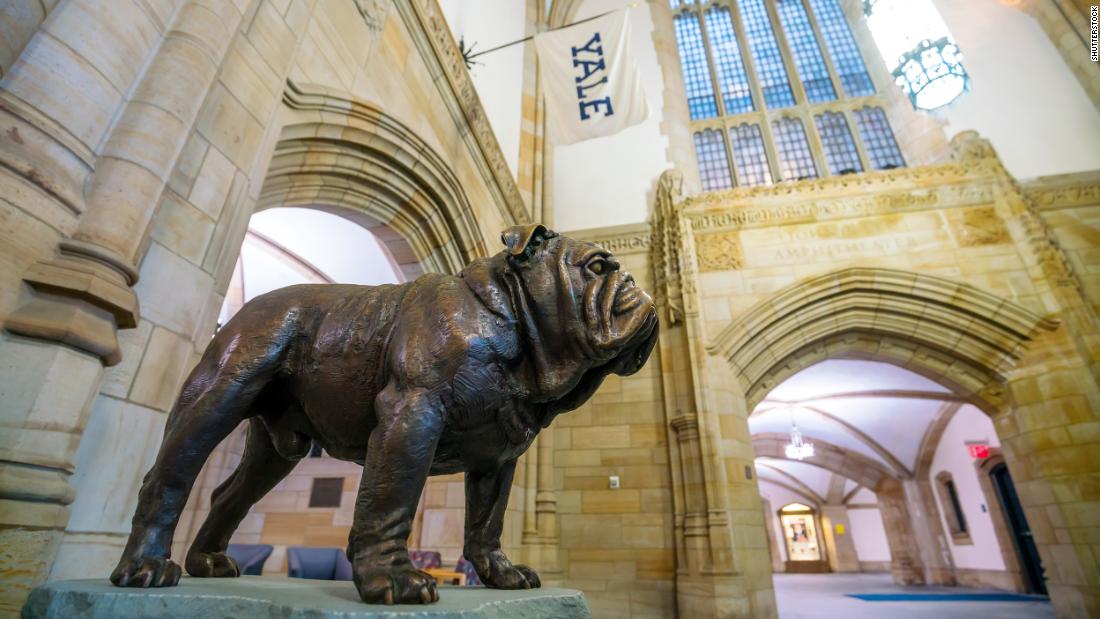 Yale University is named after Elihu Yale, a former slave trader.
Amid racial injustice protests across the country, the hashtag #CancelYale began trending in June. It began with a bulletin on 4chan — the online message board that frequently features extremist content — according to the Yale Daily News. It then gained steam after Jesse Kelly, host of the nationally syndicated show “I’m Right with Jesse Kelly,” tweeted that Yale University was named after slave trader Elihu Yale.
“I call on @Yale to change it’s name immediately and strip the name of Yale from every building, piece of paper, and merchandise. Otherwise, they hate black people. #CancelYale,” Kelly’s tweet read.
While the motivation behind the hashtag may have been to troll liberals and cancel culture, there is some truth behind Yale’s namesake. Elihu Yale was a slave trader who profited from the sale of human lives. The school’s president told the Yale Daily News in June that there has been no consideration in changing the school’s name. 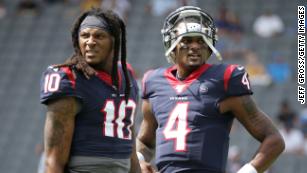 NFL stars call on Clemson University to sever all ties with John C. Calhoun, the slave-owning former US vice president whose plantation became its campus
Yale has also launched the Yale Slavery and Abolition Portal to help researchers and students “find primary sources related to slavery, abolition and resistance.”
Yale University turned down CNN requests for comment.
Yale has also addressed a building named after a leader who supported slavery. In 2017, after months of campus protests, the school changed the name of one of its undergraduate residential colleges to Grace Hopper College from Calhoun College, named after John C. Calhoun, a white supremacist who called slavery a “positive good.”
Many US universities also have ties to slavery. Harvard and Princeton had presidents who owned enslaved people. At public universities like the University of North Carolina at Chapel Hill and the University of Virginia, enslaved people worked on campus or helped build campuses. Some schools, like Georgetown University, sold enslaved people to pay off debts and keep the school running. 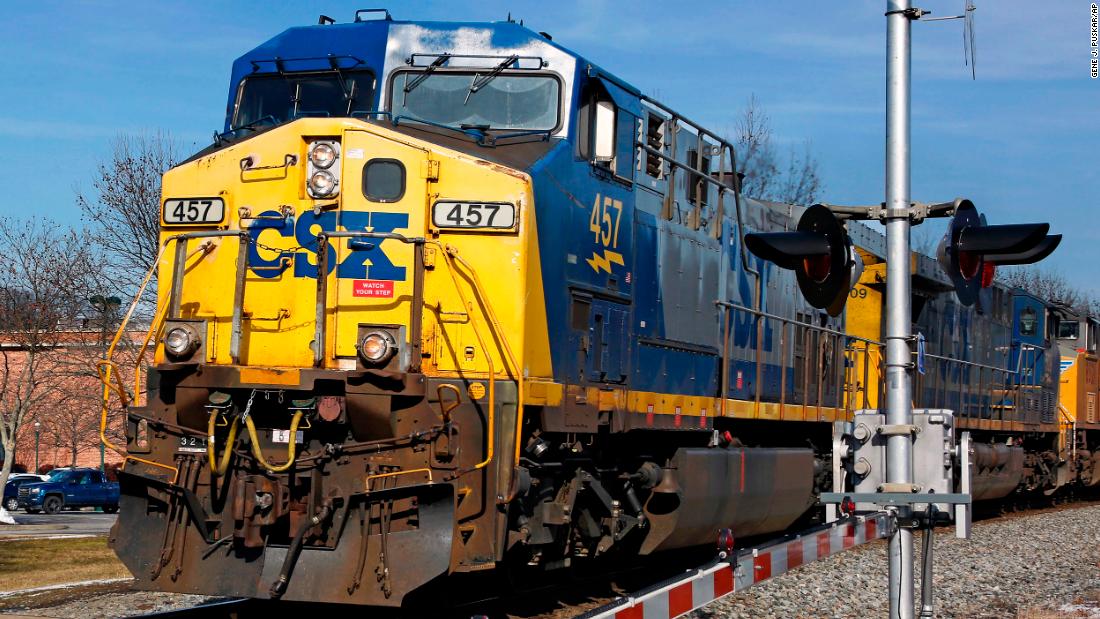 A CSX freight train passes through Homestead, Pennsylvania, on February 12, 2018.
CSX Transportation owns a railroad that was built by enslaved people.
The Richmond, Fredericksburg & Potomac Railroad in Virginia — acquired by CSX in 2003 — owned and hired enslaved Black people from 1834, when it was chartered, until the end of the Civil War in 1865, according to The Virginia Museum of History and Culture. 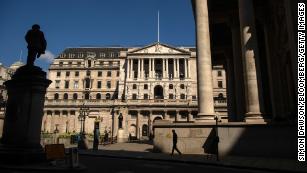 Bank of England joins British companies in apologizing for slavery
“The company shares the nation’s deep remorse for the shameful institution of slavery and racial discrimination that has occurred in the country,” Cindy Schild, a CSX spokeswoman, told CNN in an email. “CSX opposes any form of discrimination and is committed to raising awareness regarding racial disparities.” 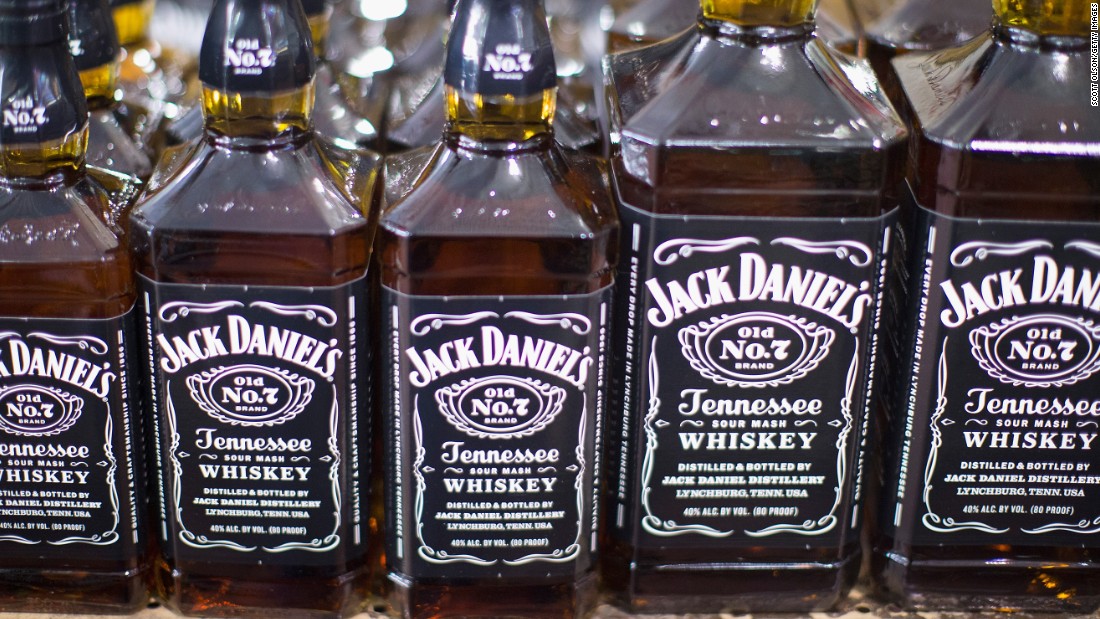 Jack Daniel’s Tennessee Whiskey.
That’s right, even alcohol is connected to slavery.
Though Jack Daniel never owned enslaved people, he did learn to make whiskey in Tennessee from an enslaved person named Nathan “Nearest” Green, who was owned by a Lutheran minister, according to the company.
Daniel bought the business from the minister, then hired Green as his first head distiller. 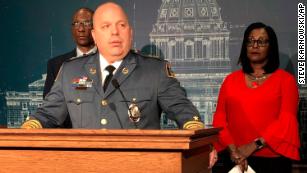 Minnesota’s constitution still allows slavery as a punishment for crimes. Now lawmakers are trying to change that
The New York Times shed light on Green’s story in 2016. Since then, Uncle Nearest, a new whiskey brand honoring Green, has emerged. The whiskey is an “all minority-led business,” according to its website.
Svend Jansen, a Jack Daniel’s spokesperson, told CNN the company has “known and been public about the special relationship between Jack Daniel and Nearest Green for many years and it is a common story in Lynchburg, (Tennessee).” Several of Green’s children and grandchildren eventually worked for Jack Daniel’s Whiskey, Jansen said.
Jack Daniel’s installed a Nearest Green exhibit at its visitor center in March 2018, Jansen said.
“We continue to be thoughtful regarding other ways to honor the story of Nearest,” he said. 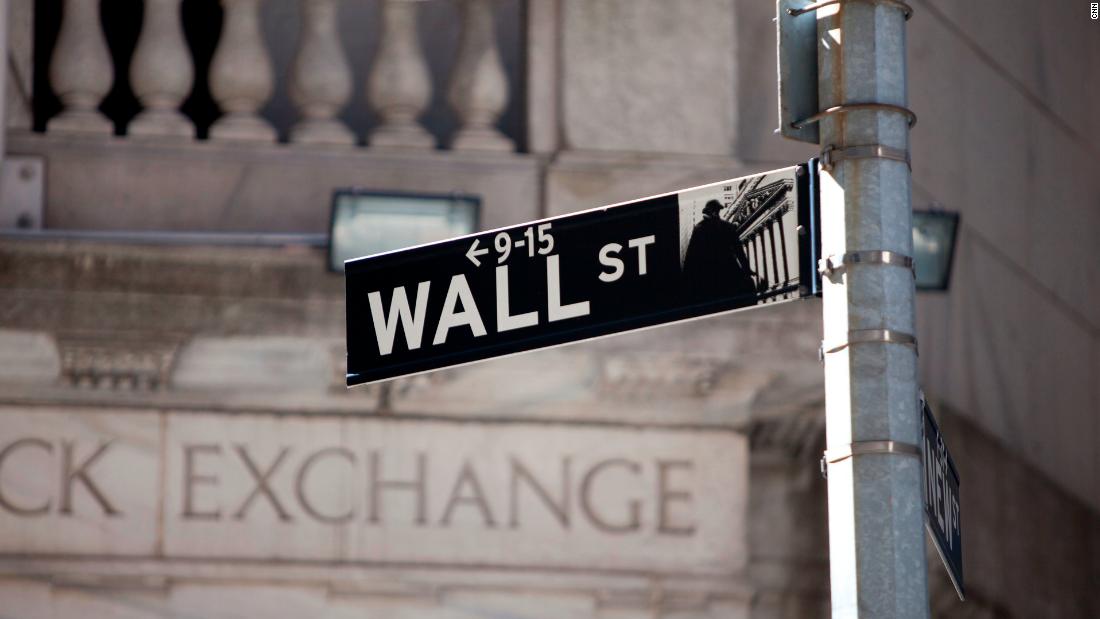 Wall Street orignated as a slave market in the 1700s.
Before Wall Street became the world’s largest stock exchange, the location thrived as a slave market between 1711 and 1762, according to JSTOR Daily, a digital library.
In 2015 Mayor Bill de Blasio commemorated a marker to the enslaved people who laid the foundation for Wall Street.
“This place reminds of us of one of the worst chapters in our history,” de Blasio said at the time. “Three-hundred-four years ago, with the approval of the city government, this became a place for buying and selling and renting human beings.” 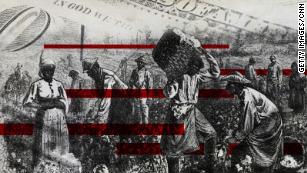 People are again talking about slavery reparations. But it’s a complex and thorny issue
New York City’s first lady, Chirlane McCray, said slavery built the foundation of the city and its slave market was only rivaled by the market in Charleston, South Carolina.
“You could come here any day and see it happening and somehow it was considered normal in this city. It continued elsewhere in the city for close to 80 years more,” de Blasio said.

The White House and US Capitol Building 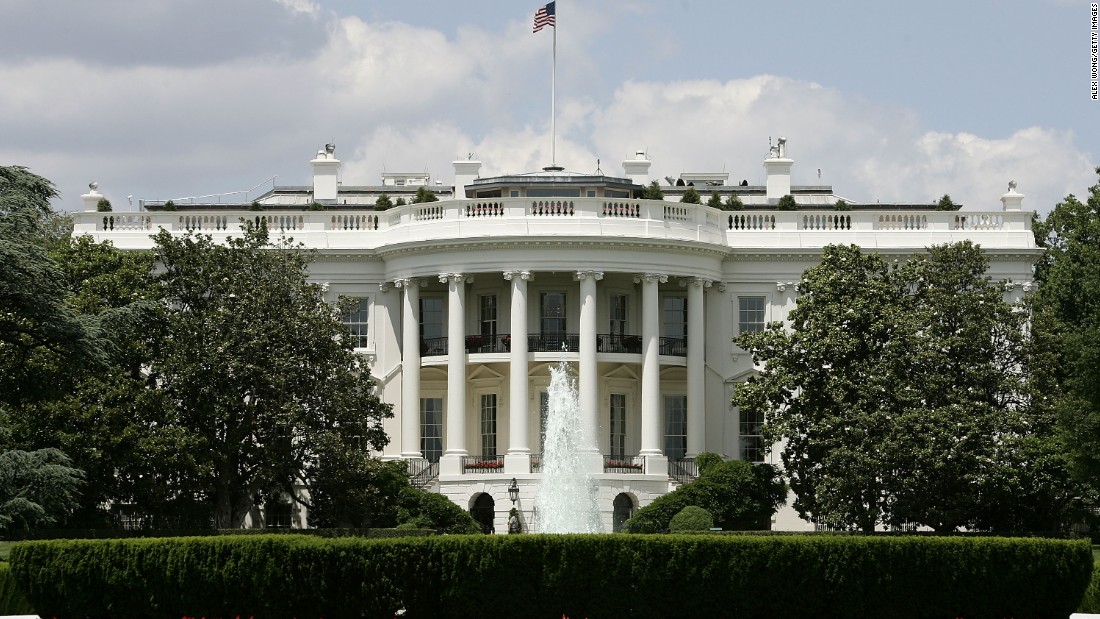 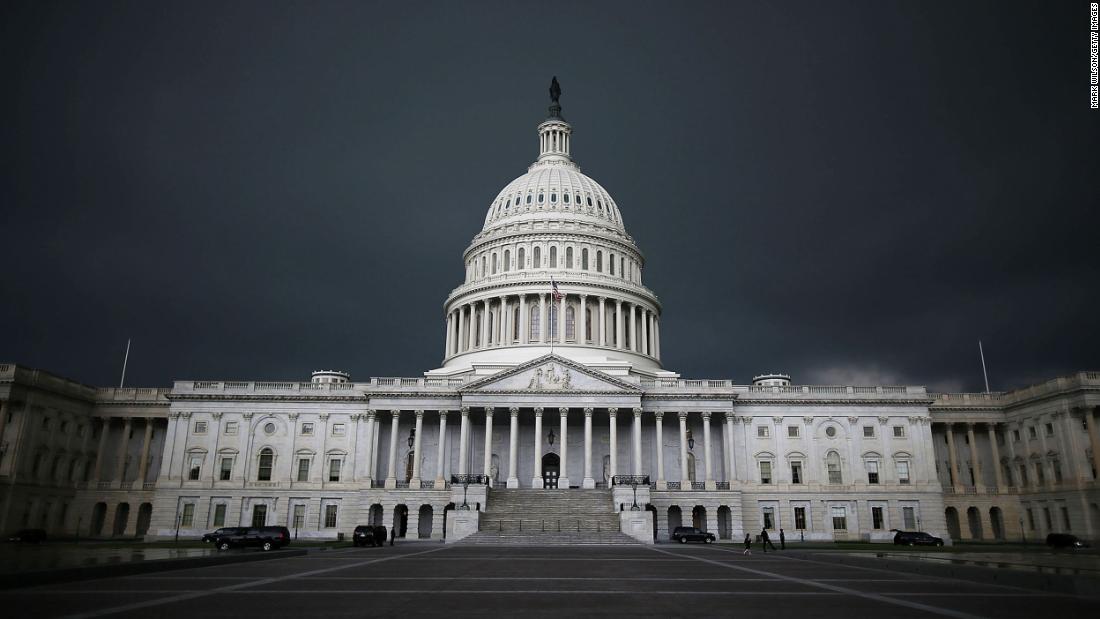 Storm clouds fill the sky over the US Capitol Building.
“So when you see that slave labor was used on the Capitol and White House, it’s not just about the personal relationships between the founders and slavery, it’s about a national and institutional matter that the government itself was involved in slavery,” said Adam Rothman, a Georgetown University history professor who specializes in slavery.
After Obama’s 2016 comments, the White House Historical Society began aggressively researching slavery and its relationship with US presidents and the White House, said Matthew Costello, a senior historian at the historical society.
The research helped form the website “Slavery in the President’s Neighborhood,” which launched in February.
“We have to give those people their voices back. Historically speaking, people are interested in presidents and first ladies, but what about behind those closed doors? Who are the people that really make the White House function and operate?” Costello told CNN. 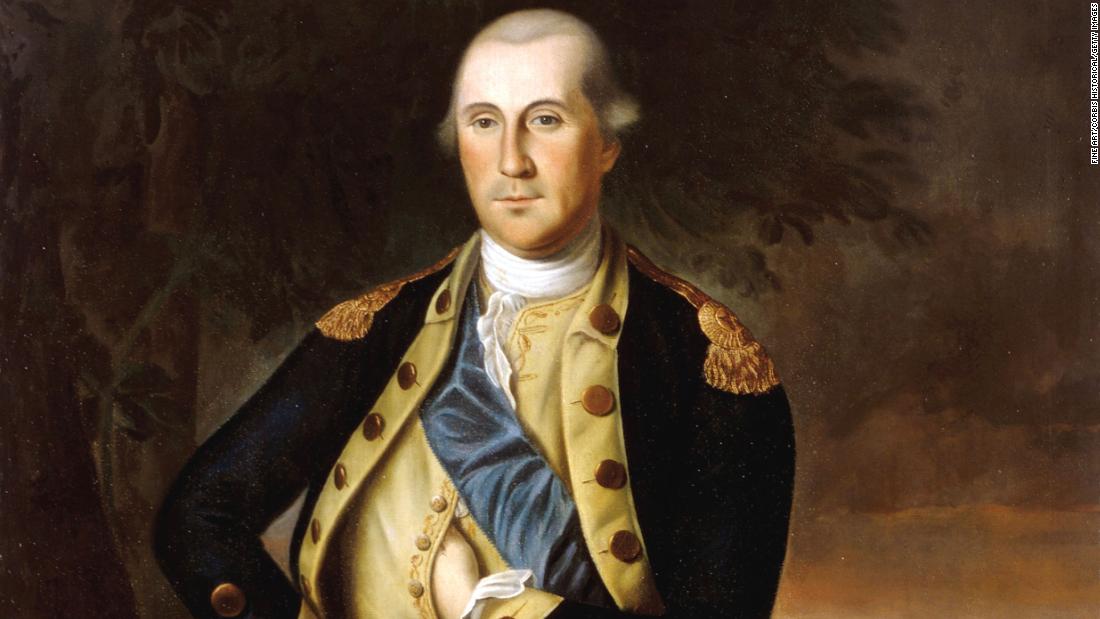 An oil on canvas of George Washington.
Though George Washington’s ties to slavery are fairly well known, the extent of those connections may surprise some.
Enslaved people formed part of Washington — literally.
Though folklore depicts Washington with wooden teeth, there’s no evidence to support that claim, according to historian Alexis Coe, who wrote the best-selling biography “You Never Forget Your First: A Biography of George Washington.”
The first president’s mouth, Coe said, was full of the teeth of walruses, hippopotamuses and enslaved people. Washington paid the enslaved people an under-market rate for their teeth, Coe said.
Coe said Washington also signed the Fugitive Slave Act of 1793, which allowed enslavers to arrest fugitive enslaved people and reclaim them as property.
“The propensity to put Washington on a pedestal does us no favors,” Coe said. “It keeps us removed from the man himself, because it’s a dishonest reading of his life.”
PrevPreviousKanye West holds first event as candidate
NextU.S. Navy’s first Black female fighter pilot gets her Wings of GoldNext

Insecure Intermissions: Season 5 Is Moving ‘Onward, OK?!’ Let’s Get Into It

‘Dave Is Listening,’ Says Chappelle’s Rep—but Is He Really Ready for Dialogue?